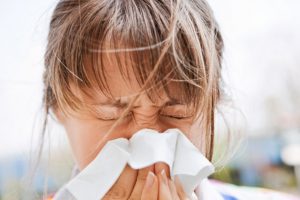 Allergic rhinitis occurs when the body’s immune system overreacts to something it was exposed to. It causes an allergic response to allergens such as pollen, dust mites, or pet dander. When the allergen comes into contact with the sensitive lining of your nose and sinuses, it sets off the allergic response. The symptoms then manifest through cold-like signs such as stuffy/runny nose, itchy eyes, or sneezing. It can also be accompanied by clogged ears, itching of eyes, nose, roof of mouth, ears and throat. There are basically two types of allergic rhinitis: seasonal and perennial.

It is an inflammation of the membrane lining the nasal passages not caused by an allergic reaction. It often produces symptoms of a stuffy or excessively runny nose, sneezing and congested head. The most common causes are fumes or irritants such as gasoline, paint, cleaning products, perfumes, tobacco smoke; changes in weather or temperature; air quality; alcoholic beverages, aspirin and certain blood pressure medications. It seems to be an exaggeration of the normal nasal response to irritation, occurring at levels of exposure that don’t bother most people. It occurs more often in smokers and older individuals. 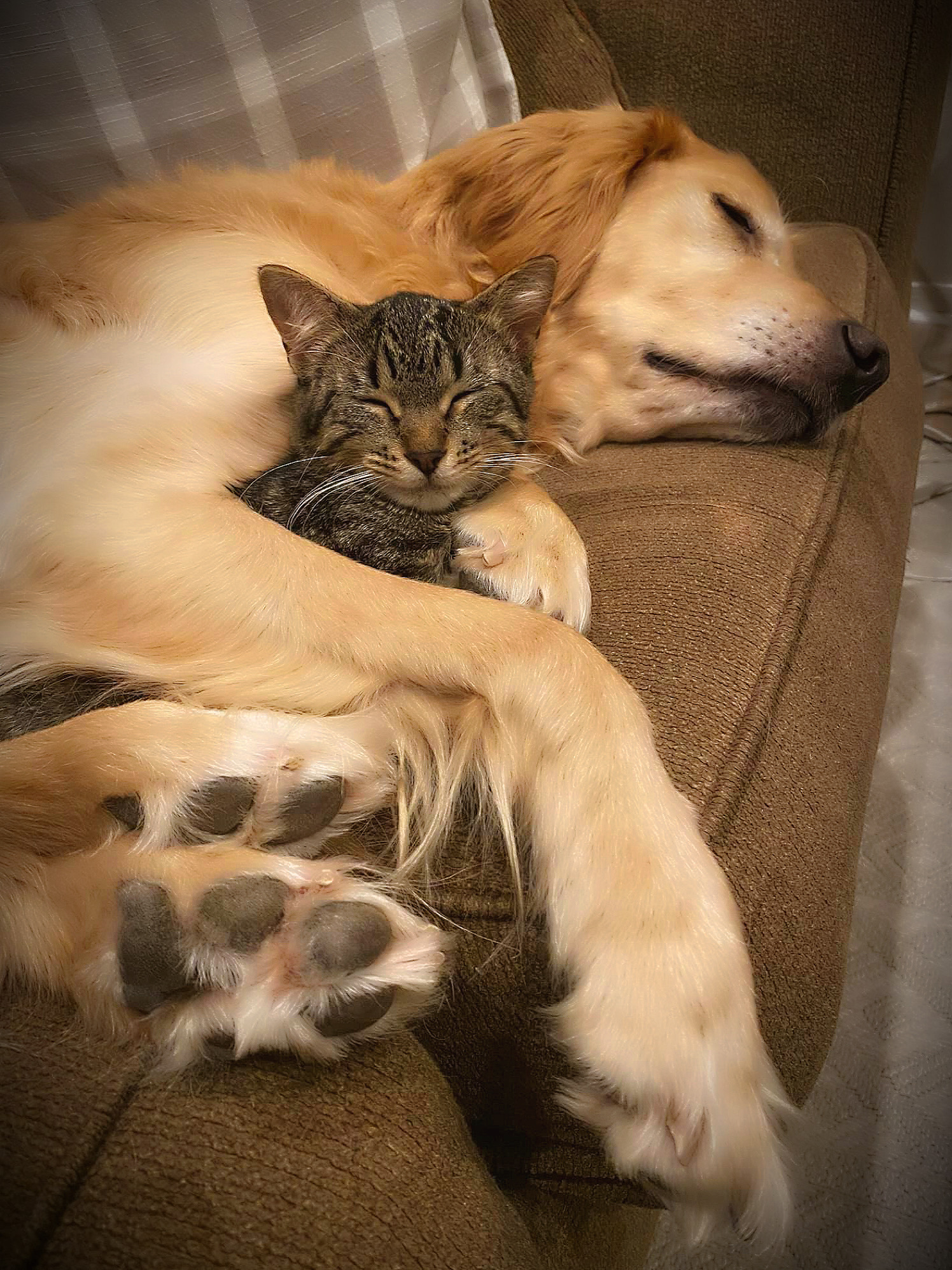 Pets provide companionship and fun, but for some people a dog or cat can also trigger sneezing, itchy eyes and other symptoms. Does an animal allergy mean a life without our beloved pets? Not necessarily.

There is a myth that pet allergies are triggered by animal hair, but they are actually caused by a protein found in pet skin (or dander), saliva and urine. Some dog breeds are labeled “hypoallergenic”, as they shed less, but no dog is 100% hypoallergenic – even hairless dogs still have some allergen. Each animal is different and a particular pet allergy sufferer may do better with one breed than another.

There’s no guarantee that someone who is truly allergic to pets (about 10% of those with allergies) will tolerate living with a dog or cat. Giving up a pet in order to prevent allergy symptoms isn’t always necessary. An allergist / immunologist has specialized training and experience to accurately diagnose your symptoms and develop a treatment plan to help you or your child manage allergy symptoms and potentially keep your furry friends.

It is a drug-induced nasal congestion that can be caused by birth control pills and other female hormone preparations, certain blood pressure medications and prolonged use of decongestants nasal sprays (Afrin). Decongestant nasal sprays work quickly and effectively, but they alter the normal nasal physiology. After more than 3-4 days of use, nasal tissues swell after the medication wears off. The only thing that seems to relieve the obstruction is more of the medication and the medication’s effect lasts shorter lengths of time.

Cocaine also alters normal physiology, causing a condition identical to that produced by decongestant nasal sprays. If you use cocaine, it is important to tell Dr. Sim so that appropriate therapy can be prescribed.

A condition where the lining of the nasal cavity swells and bulges into grape-like sacs. It often produces blocked nasal passages and/or loss of smell. The most common causes are chronic sinus infections and long-standing inflammation (allergic or non-allergic).

The nasal sinuses are facial bone cavities that drain into the nose. Normally these cavities (there are about 12 of them) are filled mostly with air. However, when they become blocked and infected, fluid or pus accumulates in them. Signs and symptoms usually noted are headache or facial pain (especially around the eyes and forehead), fever, nasal congestion, yellow to green nasal discharge and a steady pressure over the infected sinus area. Colds are the most common cause of sinusitis, but other causes include allergies, polyps, abnormalities of the nose or skull bones and the overuse of decongestant nasal sprays.